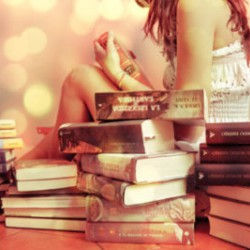 The story ends with a full of hope and love finale 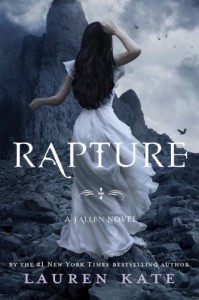 So.... the final book of the Fallen Series. Let me tell you something, I couldn't be happier, more in love, or more excited. Everything finally fell into place, giving everyone who survived a happy ending.

Rapture revolves around the evil plan of Lucifer / Bill that plans to create a leap in time to clear the last 7.000 years of history after the fall of the angels lived on earth. This in order to tip the scales to the side of evil and revenge of Luce and Daniel. If you have not yet read the book, do not read the following sentences.... ready? And the reason for this is because Luce was an angel and before falling in love with Daniel she was in love with Lucifer. That's why Molly in the first book was saying that Lucinda and Lucifer rhymed, do you remember? I really didn't see that coming, that was totally unexpected. But Lucifer became evil, so she opened her eyes and finally saw Daniel and fell in love with him. And that's why Luce reincarnated over and over again, that was the punishment that God and Lucifer imposed to her and Daniel for choosing love instead of one on both sides.

One thing I liked about this book was the fact that they met new characters, all with very different personalities but that enriched much history; thus ensuring that everything is beautifully revealed. The one thing that really broke my heart was the death of Gabbe, and a little Molly's death. But I think that was to finish the story in an exciting way. But I get it, and it was worth it for the end.

Oh ... the end. When Luce discovered that she had been an angel along with the others and recovered their wings. But she decided to sacrifice that to have one last chance to love Daniel as an ordinary human, it was beautiful and moving. And like all his friends were watching from afar, fully trusting in their love and as they knew they would end up together but not remember each other. My heart was so happy with that ending.

Now is your turn... did you like how the series ended? Are you excited about the Fallen Movie?